Uh..... so YEAH! I have no idea where to start. I've spent the last week livin' the tinkering dream.... staying at Gever Tulley and Julie Spiegler's house outside San Francisco with 6 other devotees: Josh from Tinkering School: Chicago, MaryBeth from ReDiscover in L.A (a reuse center!), Darrell and Dustin from Chicago Children's Museum, Chris from Sense of Wonder camp (an all-outdoor day camp!), Melissa from Buffalo Wants Tinkering, and the affable Chad of ThinFilms documenting the whole adventure. There's so much to say that I don't really know what to say... personally I feel like I need to spend a week staring at a single blade of grass and not saying a word. A little too much in the ol' queue right now. So right now I'll just share a few of these not too top-notch videos I shot... by the time I gain access to some of the better stuff that Chad shot maybe I'll be able to share some of my reflections and revelations. Because there were those aplenty. Just a quick over view: We spent the first day getting kind of the inside scoop on Tinkering School (my dream!). The second day we broke off into two groups. One was slated to do a 7 hour project with kids ages 6-9 on Saturday at the Studio for Urban Projects in San Francisco. I was in the second group and we worked with kids ages 10-14 at the same place on Sunday. We spent a day developing our projects and shopping for supplies. The first group chose a project called Playground. They built a real playground inside the studio space and left it totally up to the kids as to what to build.... it was amazing.
Our group decided with almost no debate on this guy Dustin's idea, SlingSled. It was based on an idea he'd been kicking around about a slingshot-type launch for a luging track he'd built down his front steps in Chicago. Now THAT is a winning idea if I ever heard one. It was so much fun. Nothing ever really sure fire developed around the launching idea, but the sleds were definitely a hit.
Posted by Kami at 8:57 AM 2 comments: 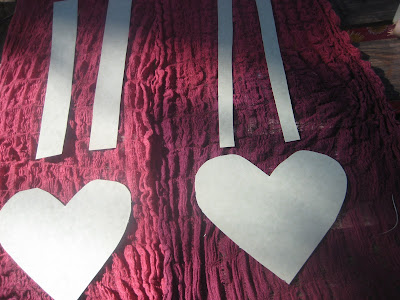 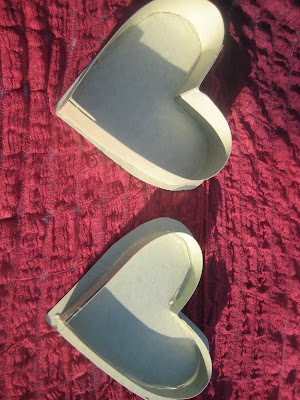 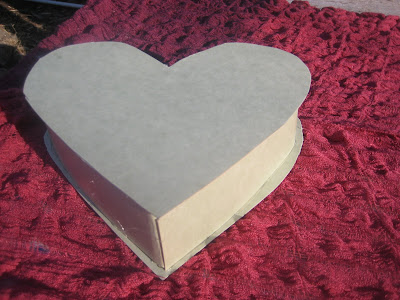 Dip some frutas in chocolate for extra fun... I discovered this year that chocolate-dipped clementine slices were extra tasty, and more seasonal than strawberries to boot.... 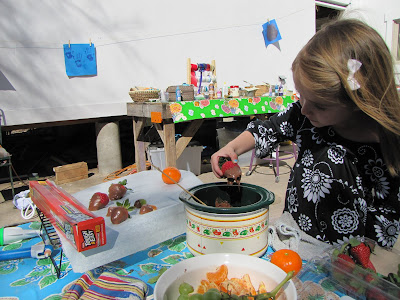 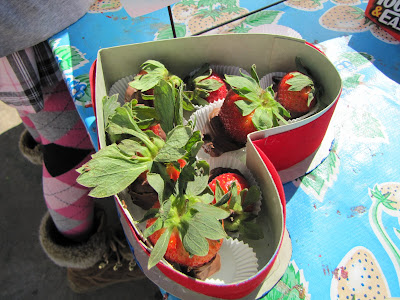 Funding for a family project!

Not for MY family (though I do kinda sorta wish I was in there somewhere... a half-sister, third cousin, SOMETHING to connect me to this maelstrom of awesomenosity...but I am altogether lucky enough to be able to call them my friends)but the family of Austin's own Matt the Electrician. It may very well make teardrops stream down your cheeks when you watch the video (that will make you faint from coolness) and think of a family pulling together to make it work as a family of real working artists. BEAUTIFUL stuff any which way you slice it! Slice some dollars offa your stack and send them their way!
Posted by Kami at 7:43 PM 1 comment: